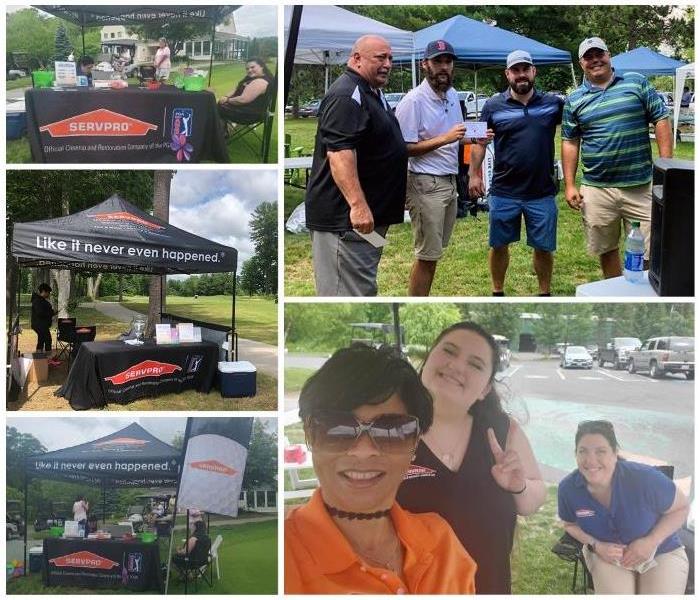 A collection of photos taken at the various golf outings.

After a long year full of cancelled plans, the first half of 2021 was a buzz with golf tournament fundraisers. In June alone, SERVPRO sponsored and participated in a total of four tournaments for different and worthy causes.

First up was the Haverhill Firefighters Relief Association golf outing at the Bradford Country Club, followed by the Stoneham Chamber of Commerce tournament at Indian Ridge Golf Course. The third outing was held at the Renaissance Golf Club for the YMCA of the North Shore. Last but not least was the AHEPA Chapter 39 20th Annual Greek American Golf Tournament at Apple Hill Golf Course.

Several staff members played in the tournaments, while members of our sales and marketing team helped fundraise further by selling mulligans, lengths of string, and raffle tickets at registration and on the course.

While it was definitely a busy month, it was well worth it to be able to get back out and interact with people outside of Zoom calls, all while supporting some truly wonderful causes.